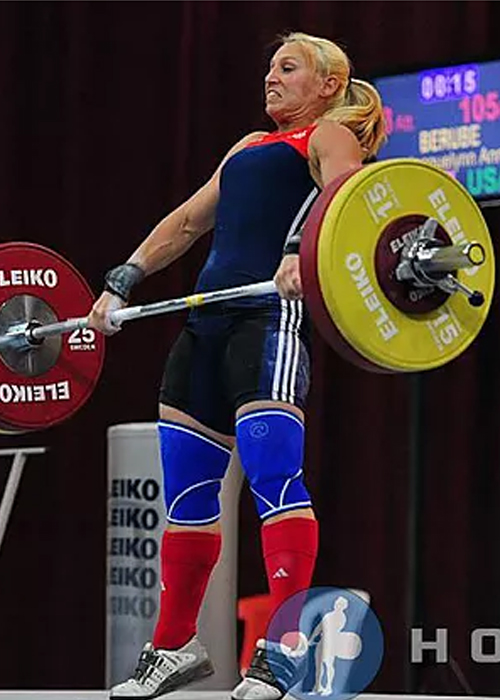 Jackie Berube-Black was an Academic All-American gymnast at the University of Wisconsin – La Crosse. She also competed one year on the varsity men’s wrestling team in the 118 pound weight division. After college she wrestled on the USA Women’s National Wrestling Team and won a silver medal at the World Championships in 1996. In 1998 while working as a strength and conditioning coach at Northwestern University she shifted her focus to weightlifting, which became an official sport for women at the 2000 Olympic Games in Sydney, Australia. Berube-Black ruptured her quad tendon when a weight fell on her leg just prior to the 2006 World Weightlifting Championships. Just days later she traveled to the Dominican Republic were she competed and finished 11th. Berube-Black had surgery to repair the quad rupture shortly after arriving back in the US. Her first international competition following her surgery was the 2007 Pan American Games in Rio de Janeiro, Brazil. Currently she teaches part time at the National Personal Training Institute in Colorado Springs and is the owner of Pinnacle Weightlifting and sports Performance.