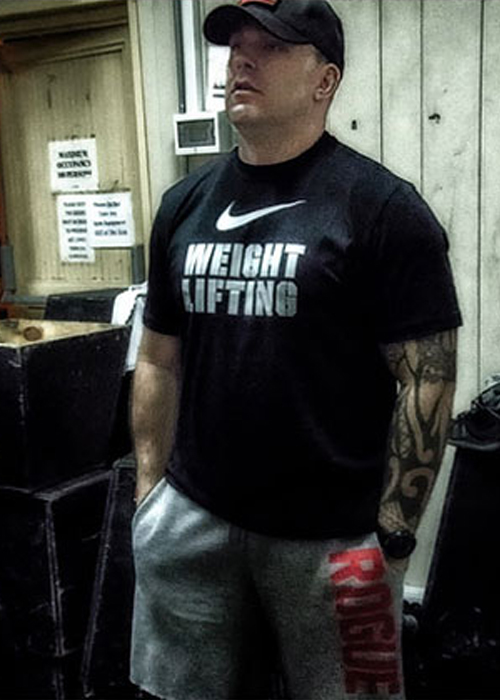 Aaron Black got his start in fitness while working out for high school football. Upon graduation he joined the United States Air Force. While serving he became interested in boxing and MMA fighting. He trained for several years in both of these disciplines. While stationed in Korea he stumbled upon the sport of Rugby and was immediately hooked on the sport.

After Korea he was stationed in Italy for 4 years were he played for the local team and than joined the Air Force Rugby Team. He was than transferred to Peterson Air Force Base in Colorado Springs. It is here that he became involved in Olympic Weightlifting. After training for several years he fell in love with the sport and he decided to start getting more involved in coaching. Aaron Black has been coaching Olympic lifting since 2010. He started his coaching career under Jackie Berube-Black a seven time National Champion and current American Record holder in the Clean and Jerk and the Total. Aaron has also coached alongside Olympic Champion Zygmunt Smalcherz the current US Olympic Training Center Coach and National Team Coach.

Aaron has also completed an internship with former Olympic Coach and Hall of Fame coach Bob Takano. Aaron has also combined his knowledge of Rugby and Olympic Weightlifting and has been training athletes in rugby specific strength and conditioning. Aaron is currently a USA Weightlifting National Level Coach and co-owner of Pinnacle Weightlifting and sports Performance. He is looking forward to helping Pinnacle Athletes reach the peak of their potential as competitive weightlifters or elite athletes within their sports.